Businesses sometimes find themselves in the news for the wrong reasons. Here are 10 companies that have made headlines this year – but not in a good way.

Every year some companies end up in situations, sometimes inadvertent and sometimes of their own making, that make headlines.

That was certainly the case in 2018, as major technology vendors were mired in legal battles, PR battles and battles with each other.

Here's a look at 10 companies that have found themselves in controversial situations, starting at No. 10 and working up to the most controversial company of the year – so far. Stockholders at Qualys took the extremely rare step in June of publicly objecting to the compensation given to the company's top five executives in 2017.

The results of the vote were non-binding. Nevertheless, it's unusual for shareholders to issue such a public rebuke to a company's management. There was such promise last September when the new Micro Focus launched after completing its $8.8 billion merger with Hewlett Packard Enterprises' software business, creating what executives said was the world's seventh largest pure-play software company. But realizing the company's potential is taking longer than expected.

The first indication of difficulties came in March when CEO Chris Hsu departed after just six months on the job. At the time, the company acknowledged that it was projecting lower revenue growth for its fiscal year.

In July, it became clear that pulling together the Micro Focus and HPE Software business components was proving to be a bigger challenge than anticipated. Micro Focus reported that for the first six months of its fiscal 2018 (ended April 30), pro forma revenue at constant currency declined 8 percent to $1.97 billion compared to revenue of $2.15 billion in the same period in fiscal 2017.

"Due to initial challenges in the integration of the HPE Software assets, we believe that we are running approximately one year behind our original plan and, as communicated in March, we expect that on exiting the current financial year revenues will be substantially lower than anticipated at the time of the transaction," said Kevin Loosemore, Micro Focus executive chairman. On Jan. 11, Quantum disclosed that it had received a subpoena from the U.S. Securities and Exchange Commission regarding the company's accounting practices and internal controls relating to revenue recognition for transactions since April 1, 2016. The company's own internal audit committee began an investigation and on Feb. 8 the company postponed release of its fiscal 2018 third quarter results while that investigation is underway.

Five days later, the company named Patrick Dennis to be the company's new president and CEO, replacing Jon Gacek who left the company in November after disappointing fiscal 2018 second quarter results. Dennis was previously president and CEO of Guidance Software, and before that held a number of strategy, sales, operations, engineering and services posts at EMC.

But in a shocker, Quantum announced on May 30 that Dennis was leaving "to focus on pressing family matters" and that CFO Fuad Ahmad, who held that post for two years, was no longer with the company. Michael Dodson was named CFO and interim CEO. Then, on June 26, the company said that former Cisco and Seagate executive Jamie Lerner had been named CEO.

The company, meanwhile, has yet to release its fiscal 2018 third quarter results – or any other financial results – since late last year. The company's stock has remained on a downward trajectory from more than $8 per share on Aug. 1, 2017 to below $2 per share in August 2018. Networking equipment and mobile phone manufacturer Huawei has been trying to expand within the U.S. in recent years. But in 2018, those efforts were stalled by international political concerns.

In January, Huawei was widely expected to announce that several major telecommunications carriers, including Verizon Wireless and AT&T, were going to offer the company's Mate 10 Pro mobile phones in the U.S.

But the deals never materialized and published reports said the telecommunications companies backed out of the deals because of concerns by U.S. government agencies and lawmakers around Huawei's ties to the Chinese government. Apple came under heavy criticism from consumers and partners in early 2018 for not disclosing what became known as "throttling" – the practice of deliberately slowing the performance of older iPhones to help preserve battery life. The company had engaged in using throttling throughout 2017.

CEO Tim Cook defended Apple's use of throttling, but in January admitted that Apple had made mistakes in not being more transparent about the practice. That wasn't enough to mollify critics, however, who saw throttling as a way to push customers to upgrade their iPhones more quickly.

The controversy is seen as having tarnished Apple's reputation. And there have been reports that two federal agencies, the U.S. Department of Justice and the U.S. Securities and Exchange Commission, are investigating whether Apple broke any securities laws in its handling of the throttling issue. In November, Broadcom made an unsolicited $117 billion offer to buy communications chip manufacturer Qualcomm. Qualcomm rejected the offer, but through January and February of 2018, Qualcomm seemed to warm to Broadcom's offer and the two began to talk.

But then Broadcom's offer became ensnared in President Donald Trump's U.S.-first trade policies and what had seemed like a routine, albeit expensive, corporate takeover became a hot-button political issue. (Broadcom was headquartered in Singapore, but on April 4 completed a "redomiciliation" plan to shift its legal headquarters to San Jose.)

In March, the U.S. government began a national security review of Broadcom's planned Qualcomm acquisition, citing concerns about the importance of Qualcomm's development of next-generation mobile and networking technology to U.S. competitiveness.

On March 12, Trump signed an executive order to halt the deal on national security concerns, saying it could erode the U.S. lead in mobile technology and give China an advantage. Two days later, Broadcomm abandoned the acquisition plan. Chinese telecommunications equipment manufacturer ZTE Corp. found itself in the middle of a growing political and economic battle between the U.S. and China.

In April, the U.S. Department of Commerce concluded that ZTE had failed to live up to terms of an agreement stemming from earlier ZTE sales to Iran in violation of a U.S. embargo. As a result, the U.S. banned the sale of U.S.-made components to ZTE, including processors from Qualcomm that ZTE needed to manufacture its smartphones. On May 9, ZTE halted nearly all major operating activities.

But one week later, President Donald Trump issued a tweet pledging to help ZTE get back in business. The move was all the more surprising given the worsening political and economic relationship between the U.S. and China, spurred by Trump's complaints of trade deficits and his proposals to levy tariffs on Chinese goods.

Some saw Trump's move as a negotiating tactic, part of his effort to redefine trade terms between the U.S. and China. But others criticized it as a policy reversal, setting a dangerous precedent and possibly showing weakness to China.

On June 7, the Commerce Department reached a new settlement with ZTE, including paying a $1.4 billion fine and making changes to the company's board and executive team, which allowed the company to resume operations. While some in the U.S. Congress tried to reinstate harsh penalties on ZTE, those efforts ultimately failed. On Jan. 31, Xerox announced a deal under which Fujifilm Holdings would acquire a majority stake in the printer and copier manufacturer. Executives at the two companies said the deal would create an $18 billion industry player in the competitive printer market.

Instead, the move triggered a months-long fight for control of the storied company that pitted the company’s board and CEO Jeff Jacobson against activist investor Carl Icahn and major shareholder Darwin Deason. The battles were conducted with votes in the boardroom, lawsuits in court and increasingly nasty letters and press releases.

At times, the struggle's twists and turns boarded on the absurd: In early May, CEO Jeff Jacobson and a number of Xerox board members resigned to avoid a proxy fight, only to return three days later, only to leave – this time for good – one week later.

In the end, Xerox's newly reconstituted board killed the Fujifilm Holdings deal. That led to angry denunciations from Fujifilm, vows to compete against Xerox in the U.S. market, and a $1 billion lawsuit seeking damages for alleged breach of contract. 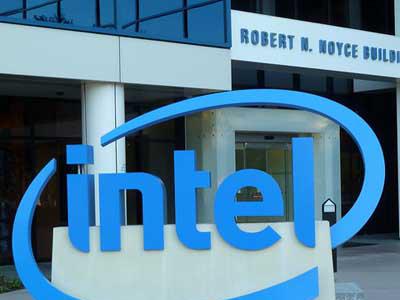 Intel got 2018 off to a rocky start when reports surfaced of two serious processor vulnerabilities that quickly became known as Spectre and Meltdown. Intel at first called the reports inaccurate, downplaying their severity and – initially – even disputing whether they constituted "flaws."

But Spectre and Meltdown soon became a serious crisis for Intel, as well as for other chipmakers like AMD and for the IT industry as a whole. The side channel analysis vulnerabilities were believed to affect generations of microprocessors used in millions of servers, desktop and laptop computers, mobile phones and other devices.

There were criticisms of what some saw as Intel's slow response in the first days of the crisis. And there were stumbles when it did respond: A bug in a firmware update issued by Intel forced vendors like VMware to retract faulty patches.

To its credit, Intel got ahead of the crisis, launching a comprehensive threat mitigation plan that included operating system and firmware updates to correct the vulnerabilities. And Intel has taken steps to prevent a similar incident, including launching a bug bounty program and creating a new cross-company security group to make product security as high a priority as performance.

Intel, of course, remained in the headlines in June when CEO Brian Krzanich resigned after it was disclosed that he had a consensual relationship with an employee in violation of company policy. Facebook seemed to have it all: rapid growth, a surging stock price and a dominant position in the all-important social media space. But Facebook found itself in the midst of a firestorm of controversy in March when word got out that Cambridge Analytica, a London-based political consulting firm, had harvested data from Facebook users and used the information to target those users and their friends. Initial reports said data on 50 million users was used, a number later increased to 87 million.

The blowback has been severe with movements to "Quit Facebook" and calls from politicians for tighter regulation on personal data collected by social media companies. Founder and CEO Mark Zuckerberg has undergone intense questioning before U.S. Senate and U.S. House of Representatives committees about the data privacy lapse.

And the incident has had financial implications. In July, when Facebook reported slower-than-expected growth in the number of subscribers – and warnings of slower revenue growth in the future – the company's stock price plummeted, wiping out nearly $120 billion of Facebook's market value.