The 20 Wealthiest Tech Billionaires In 2020: Forbes

Despite many industries taking a hit as a result of the COVID-19 pandemic, 20 tech and telecom executives cracked the top 100 of the richest people in the world since 2019.

The Richest Of The Rich

Forbes has released its annual World‘s Billionaires List, highlighting each of the world’s 2,095 billionaires’ rankings, business successes and philanthropic efforts. But billionaires aren’t immune to the COVID-19 pandemic, a health crisis that gripped the globe in 2020 and drove down profits across many industries. In fact, Forbes said that this year it ranked 58 fewer billionaires and of those that remained, 51 percent of the richest people are less rich than they were a year ago.

Despite sinking profits for some, there are still plenty of executives who have fared very well in 2020. Amazon founder and CEO Jeff Bezos nabbed the No. 1 spot for the third year in a row, beating out Microsoft‘s Bill Gates, who has been the richest person in the world for 18 years running. Bezos, unlike many of the other billionaires on the list, has a net worth of $113 billion, despite giving $36 billion in stock to his ex-wife, as Amazon’s shares climbed 15 percent since the 2019 Forbes list. This year, 20 tech and telecom executives cracked the top 100 of the richest people in the world overall.

What follows is a list of the top 20 tech billionaires in 2020, according to Forbes. Plattner, along with four colleagues, helped launch German software company SAP. He is currently serving as chairman of the SAP supervisory board since May 2003, when he stepped down as the company‘s CEO. Plattner has supported HIV/AIDS research and has promoted healthcare and health education in South Africa. Additionally, his nonprofit, Hasso Plattner Institute, focuses on research and teaching in IT systems engineering, offering degree programs and free online courses. Zhang, known as “Tony,” served as CTO of Chinese gaming and social media giant Tencent for 16 years until he retired. Tencent‘s portfolio includes League of Legends game developer Riot Games, and the company has minority stakes in Spotify and Snap Inc. Hopp, along with three colleagues and Plattner, left IBM in 1972 to launch SAP. Hopp served as co-CEO for the company’s first ten years and then as chairman of the supervisory board until 2003. Hopp‘s SAP shares were transferred by the exec to a foundation that supports sports, medicine, education and social programs. The foundation has distributed around $900 million since its start. Schmidt had stints as CEO of Novell and chief technology officer at Sun Microsystems, but most notably served as Google‘s CEO from 2001 to 2011. Schmidt left the board of Google parent company Alphabet in June 2019 and stayed on as a technical advisor until February 2020. Schmidt sits on the Defense Department’s innovation board and is a visiting innovation fellow at the Massachusetts Institute of Technology (MIT). Zhang chairs Beijing-based ByteDance, one of China‘s largest media content platforms as well as a privately held company with a valuation of $75 billion as of 2018. ByteDance is most known for its social video app TikTok. Zhang was a member of the 2013 Forbes China 30 Under 30 List. Jobs was married to Apple co-founder Steve Jobs. She inherited billions of dollars of stock in Apple and Disney from her late husband. Scott owns stakes in several media outlets, including a majority of The Atlantic magazine and all of California Sunday and Popup Magazine. In 2004 she founded the Emerson Collective, a hybrid investment, social impact and philanthropic firm. Zheng is the chairman and CEO of online discounter Pinduoduo, one of China‘s largest e-commerce sites.

Zheng, a “serial entrepreneur” interned at Microsoft before starting his career at Google in the U.S. in 2004. Pinduoduo raised $1.6 billion in a U.S. IPO in 2018 after facing criticism over its alleged sale of counterfeit products. Son founded and still leads mobile telecom and investment giant SoftBank, which was the parent company of U.S.-based wireless giant Sprint before it was acquired this year by T-Mobile. SoftBank Group reported a $6.45 billion loss for the September 2019 quarter after the IPO of shared workspace startup WeWork collapsed. Ding is the CEO of Netease, one of the world‘s largest online and mobile games businesses. The company’s partners include Mojang, a subsidiary of Microsoft, and Blizzard Entertainment. Its main competitor is Chinese internet giant Tencent. In 2003, Ding was China’s richest man and its first Internet and gaming billionaire. As the chairman and CEO of Dell Technologies, Dell led the tech giant to the estimated $60 billion Dell-EMC merger, finalized in 2016, which was the largest technology acquisition to date. The majority of

Dell‘s fortune lies in his private investment firm MSD Capital, which has stakes in hotels and restaurants.

Dell donated $1 billion to his foundation in 2017, which focuses on child poverty. Scott, a published author of two novels, was married to Amazon founder Jeff Bezos for 25 years until 2019. As part of the divorce settlement, Bezos transferred 25 percent of his Amazon stake to MacKenzie, which represented 4 percent of the company. Scott signed the Giving Pledge in 2019 which encourages extremely wealthy people to contribute a majority of their wealth to philanthropic causes and donated $1.7 billion to 119 nonprofit groups. Ma, also known as “Pony Ma,” is the low-key co-founder and chairman of Chinese Internet giant Tencent Holdings, which ranks among the nation‘s largest businesses by market cap. Tencent owns the popular messaging app, WeChat, which has more than 1 billion users. Ma, a former English teacher, co-founded one of the largest e-commerce platforms in the world, Alibaba Group. Last year, Ma stepped down as Alibaba‘s executive chairman and was succeeded by Alibaba’s current CEO, Daniel Zhang. In 2020, Ma’s foundation donated millions of masks and other medical supplies to the U.S., Europe, and Africa to help battle the coronavirus crisis. Google co-founder Page at the end of 2019 stepped down as CEO of Alphabet after serving as CEO of Google from its inception and later, CEO of Alphabet since 2015. The tech executive still serves as a board member and controlling shareholder. Page is a founding investor in space exploration company Planetary Resources and is also funding flying car startups Kitty Hawk and Opener. 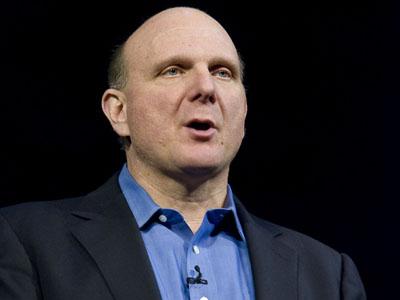 The leader of tech giant Microsoft from 2000-2014, Ballmer joined the company as employee number 30 in 1980. A philanthropist, Ballmer put more than $2 billion into a donor-advised fund with a focus on lifting Americans out of poverty. He invested $59 million in Social Solutions in 2018, which makes software for nonprofits and government agencies. The founder of social media giant Facebook built the platform at the age of 19 while attending Harvard. Facebook went public in 2012, and since then, has become a go-to communications platform for millions around the globe. Zuckerberg and his wife, Priscilla Chan, have pledged to give away 99 percent of their Facebook stake over their lifetimes and in 2020, Zuckerberg announced his philanthropic arm would help quadruple the San Francisco area‘s COVID-19 testing. After co-founding software giant Oracle in 1977, Ellison grew the company through a variety of software acquisitions, including paying $9.3 billion for NetSuite in 2016. Ellison stepped away from the role of CEO in 2014 but still serves as Oracle‘s CTO and is chairman of the board. He owns about 35.4 percent of Oracle today. The co-founder of Microsoft, Gates spent 18 years as the richest person in the world before being displaced in 2018. Known for his philanthropic efforts, Gates and his wife Melinda‘s Gates Foundation is the world’s largest private charitable foundation. The Gates Foundation in May said it would spend $300 million to help fight the COVID-19 pandemic, as well as help fund vaccination research. Bezos, the founder and CEO of e-commerce giant Amazon, once again took the top spot as the world‘s richest person in 2020 for the third year in a row. The COVID-19 pandemic resulted in a significant uptick in online shopping and has been driving up Amazon’s profits this year. Between March and April, Amazon hired 175,000 additional workers and Bezos said he would donate $100 million to Feed America in April.