From 5G and Alexa-powered devices to new processors from Intel and AMD, CRN provides a preview of what to expect at CES 2020 in Las Vegas.

It's the start of a new decade, and a new CES in on the horizon. So it's fitting that we'll likely be seeing new technologies at CES 2020 that will define the next 10 years, like 5G and voice-activated devices.

CES, formerly known as the Consumer Electronics Show, has been home to reveals of new processors that power next-generation devices and reveals of the devices themselves, whether they're smart clocks, 2-in-1 laptops or self-driving suitcases (you heard that right).

This year's show officially runs from Jan. 7-10 in Las Vegas, though the flagship technology event will start with a bevy of showcases and news conferences earlier in the week, so it won't be long until you hear about new groundbreaking technologies that could change how we live, work and play.

What follows is a CES 2020 preview: the eight biggest rumors and trends to expect, ranging from 5G and new Amazon Alexa devices to fresh processors from Intel and AMD. While 5G hype has been a staple of CES for several years now, 2020 is shaping up to be the year when the promise of 5G becomes real, as carriers deploy the service far more widely. The second half of the year could see the biggest momentum for 5G, when all signs point to Apple launching its first 5G-enabled iPhones. But since CES is the opportunity for just about everyone besides Apple to showcase their coolest new gadgets for the year, you can expect a barrage of 5G-supporting devices to be on display at the CES 2020 show—not just smartphones, but tablets and laptops, too. Both Amazon's Alexa-powered Echo devices and Google's own devices powered by the Google Assistant had a major presence at CES 2019. But there were also plenty of third-party devices on display at the show that use one (or both) of the voice-activated smart assistants built in. You can expect CES 2020 to be no different, with interest in assistant devices showing no signs of waning. In particular, a greater number of smart assistant devices featuring displays—akin to the Amazon Echo Show or Google Nest Hub—is a pretty sure bet for the conference. 2019 was the year AMD debuted its 7-nanometer processors for PCs and servers, so there are a lot of expectations for how the chipmaker could up its game this January. While the company's new Ryzen and EPYC processors proved it can compete with Intel from a technology standpoint, it's still working to prove itself against its other rival, Nvidia, which has been releasing GPUs with ray tracing—the new killer feature for graphics cards—since fall 2018. Rumors suggest that AMD could reveal its second-generation Navi GPU that is based on an optimized 7nm+ process node and comes with support for ray tracing and HBM2 memory. The company has already confirmed that 7nm APUs for notebooks are coming in early 2020, so it's highly likely those products will get a mention, too. For the "first time in decades," Apple will have a presence at CES when it lands in Las Vegas next month, Bloomberg noted in a recent report. There won't be a news conference or booth (but at least there will be more than what Apple did last year, in taking out a billboard to needle its iPhone competitors on privacy). Instead, Apple's return to CES will take the form of a panel appearance by an Apple executive, Jane Horvath, who is the company's senior director for global privacy. Horvath will be speaking on a panel about consumer privacy, with other panelists including executives from Procter & Gamble and Facebook (a company frequently criticized for its privacy practices, including by Apple CEO Tim Cook). This January will mark the CES debut of Intel CEO Bob Swan, who is set to take the stage Jan. 6 with Gregory Bryant and Navin Shenoy, the chipmaker's top PC and data center executives, respectively. 2019 marked the introduction of Intel's first major 10-nanometer chips, the Ice Lake chips for ultrathin laptops, so it's likely we'll hear more about the next wave of 10nm processors and even more 14nm processors at the event. While Raja Koduri, the mastermind behind Intel's GPU plans, isn't expected to attend the news conference, we could hear more details about the chipmaker's GPU plans since the company has previously teased a 2020 launch for its first GPU product. There's no doubt the semiconductor company will provide new disclosures for its next-generation Xeon processors. 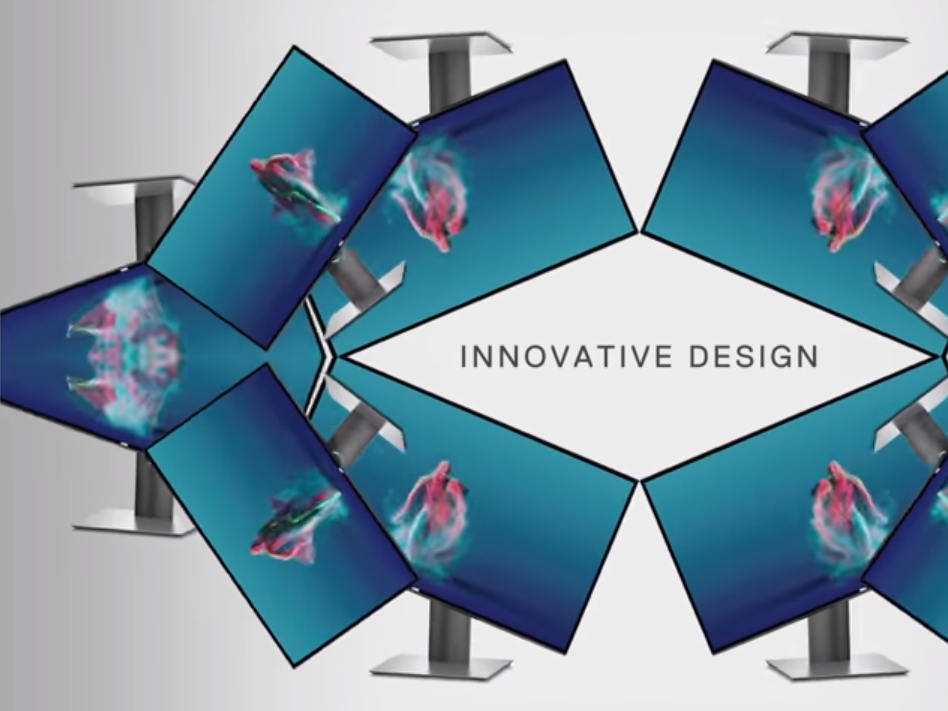 CES 2019 saw the PC monitor—usually a ho-hum product category—become a bit more interesting with a large number of announcements of new displays. Those included ultrawide and curved monitors, as well as highly adjustable monitors such as the Samsung Space Monitor, which can be pushed back and stored flat against a wall when not in use. Since then, monitors have continued to be a hot category—particularly for business and gaming users—suggesting that CES 2020 could see even more in the way of new innovations in the PC monitor space debuted by major vendors. Along with Apple, another smartphone maker will be making its inaugural appearance at CES in January. OnePlus, an Android smartphone maker that's gained a devoted following, will be holding a "special event" throughout the week at CES to show off what it's calling a "concept phone." The company didn't share specifics, beyond saying that the device—dubbed the OnePlus Concept One—will offer a "smoother, faster, and more 'burdenless' experience" as well as an "alternate design approach." The event will be held at the Wynn Las Vegas from Jan. 7-10. The wearable market is surging, largely thanks to the emerging popularity of hearables like Apple AirPods as well as the staying power of wrist bands and smartwatches. For those reasons and the inherent physicality of the products themselves, there is no doubt that CES 2020 will have plenty of new wearable devices to show off. Given that hearables is a new killer category, there will likely be a slew of new AirPod competitors on display and perhaps some products that put a new spin on hearables. Companies are increasingly focused on adding health tracking capabilities to their wearables, so it's very possible new devices with such features will appear as well.