From growing channels to forging alliances with IBM and Microsoft to engineering two multibillion-dollar sales to private equity firms, here’s a look at 10 of the most notable moments from Leav’s previous CEO and leadership stints.

McAfee surprised industry observers Thursday with the news that longtime leader Chris Young will be stepping down Feb. 3 and Peter Leav has been brought in from the outside to replace him. Leav has deep executive experience in the tech sector, having served as CEO of BMC Software and Polycom, but has never been employed by a cybersecurity company in his nearly two-decade career.

Leav’s previous CEO stints were relatively brief (both under three years), and both included courting a strategic buyer (and, in one case, reaching a preliminary acquisition agreement) before ultimately settling on a sale to a private equity firm. Before rising to CEO, Leav put his partner chops to the test overseeing indirect channels at financial services vendor NCR.

Like Polycom and BMC Software years ago, McAfee today finds itself at an ownership crossroads, with reports of TPG Capital’s desire to cede its ownership stake in the platform security giant swirling for more than a year. Most recently, The Wall Street Journal said that McAfee is looking at combining its own consumer business with the $2.41 billion pure consumer operation of longtime foe NortonLifeLock.

From growing channels to forging alliances with IBM and Microsoft to engineering two multibillion-dollar sales to private equity firms, here’s a look at 10 of the most notable moments from Leav’s career. 10. Leav Helped Fuse Together AI And IT Operations At BMC Software

Less than a year into Leav’s tenure as CEO of BMC Software, the company made it easier for customers to apply artificial intelligence to IT operations through a new version of its TrueSight AIOps platform. The TrueSight 11 AIOps platform introduced under Leav identifies and contextualizes patterns from virtually any data source, revealing recurring issues and repetitive tasks ideal for automation.

The product easily ingests, analyzes and contextualizes data to provide actionable correlations and insight faster and more accurately than manual human analysis could produce. By dynamically learning the behavior of the infrastructure, TrueSight prioritizes issues by level of importance to the business and eliminates false alarms.

TrueSight dynamically learns the behavior of infrastructure and manages capacity, including multi-cloud utilization in the context of applications and services. With unified capacity and performance analysis augmented by AI, organizations can understand resource utilization in the context of both performance and spend, enabling them to intelligently forecast and optimize both using TrueSight. 9. Leav Strengthened The Bond Between BMC Software and IBM 8. Leav Currently Sits On The Board Of Two Fast-Growing Tech Firms

Leav filled the nine months between his resignation from BMC and appointment to McAfee serving on the board of directors for two fast-growing technology firms.

Although McAfee and Proofpoint both focus on cybersecurity, the two companies have had limited product overlap ever since the former discontinued sales and renewals on its MX Logic email security line in 2016 and 2017, respectively. In fact, McAfee (known at the time as Intel Security) named Proofpoint as the exclusive supposed alternative for MX Logic. 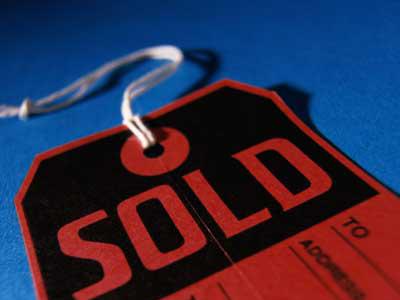 Leav played a pivotal role in driving NCR’s push into the hospitality and retail spaces through the $1.2 billion acquisition of point-of-sale (POS) software vendor Radiant Systems. Leav told NCR customers in a letter that the transition would strengthen NCR’s commitment to small and midsize retailers while making it possible for the company to serve restaurants in new ways.

Radiant focuses on restaurants, sports and entertainment locales and specialty retailers. The business reported $21.8 million in earnings atop $346.4 million in revenue the year before the deal.

“With the addition of Radiant Systems, NCR will create a third core industry vertical and establish category leadership in the hospitality and specialty retail markets, complementing our industry-leading financial and retail businesses,” Leav wrote in the letter. 6. Leav Deepened The Microsoft Relationship While At Polycom

"Together, Microsoft and Polycom have a joint vision to deliver collaboration experiences that help our customers defy distance,” Leav said at the time. “We are now expanding our solutions to allow SMBs, as well as large enterprises, to reap the benefits of video collaboration." 5. Leav Oversaw An Indirect Channel Expansion While At NCR

Leav is quite familiar with the channel from his nearly five years in go-to-market leadership roles at financial services company NCR, where he directed the global sales team for both direct and indirect channels as well as overseeing professional services and industry lines of business.

Under Leav’s watch, NCR expanded its indirect business to extend the company’s global reach across the retail, financial services, travel and health-care sectors. Leav planned to aggressively grow NCR’s channel business by recruiting new partners and increasing the range and value of products and services they were certified to sell and support.

“Building out a world-class partner network is critical in extending our global reach,” Leav said at the time. “Our partners have a major opportunity to extend and empower NCR’s customer bases through added-value solutions, and we are committed to helping them be successful.” Just six months after starting at CEO of BMC Software, Leav entered into talks about combining with top mainframe software rival CA Technologies in a deal that would take the latter private. CA shares jumped as much as 16 percent on the June 2017 Bloomberg report, increasing the company’s valuation to more than $15 billion.

But the acquisition talks were short-lived, with Reuters reporting just a week later that BMC Software had ended merger talks with CA after struggling to arrange financing for the deal. The negotiations collapsed after CA said it would take at least 18 months to close the deal due to antitrust review, and BMC Software replied that it would be very difficult to get banks to extend debt financing commitments for as long as 18 months.

Just over a year later, semiconductor giant Broadcom agreed to acquire CA for $18.9 billion in cash. Leav will be seeing a lot of Broadcom in his new role at McAfee since the company now owns the enterprise security business of Symantec, McAfee’s top rival in the commercial domain. 3. An Activist Investor Pushed A Deal With Mitel While Leav Was Leading Polycom

Leav received a letter from activist investor Elliott Management nearly two years into his tenure as Polycom’s president and CEO, disclosing a 6.6 percent ownership stake and calling for an immediate comprehensive strategic review due to what it said was a track record of underperformance and significant shareholder value erosion.

Specifically, Elliott Management called for combining Polycom and unified collaboration and communications vendor rival Mitel, saying that such a transaction would drive more than 80 percent upside to Polycom’s stock price over the subsequent two years. Elliott Management said consolidation in the space would create more scale, significant synergies and a meaningful valuation uplift for stockholders.

Just six months after the letter was sent, Polycom announced that it was being acquired by Mitel for $1.96 billion, representing a 9.5 percent premium over the company’s most recent closing price. The companies said Mitel CEO Richard McBee would lead the combined company while Leav would exit the business. 2. Leav Pulled The Plug On The Mitel Deal In Favor Of A Private Equity Suitor

Leav walked away from the Mitel-Polycom acquisition just three months after the deal was announced in favor of a $2 billion offer from private equity titan Siris Capital Group, which represented a 13.6 percent premium over the value of Mitel’s offering. Although Siris offered to pay just $40 million more than Mitel at the time of proposal, shareholders liked the Siris proposal since it was an all-cash offer.

The acquisition by Siris also maintained Polycom’s independence as a giant in the video and voice conferencing space. As part of the transaction, Leav was replaced as CEO at the closing of the acquisition by Mary McDowell, an executive partner at Siris Capital and longtime executive at Nokia. Less than 18 months after joining BMC Software as CEO, Leav facilitated the company’s sale to private equity giant KKR for a reported $8.5 billion, according to Reuters. The BMC purchase was KKR’s largest since the 2008 financial crisis, Reuters reported, and valued the legacy software behemoth at $1.6 billion more than Bain Capital and Golden Gate Capital had paid for the company in 2013.

BMC Software appealed to KKR as a platform for making further acquisitions, which would allow the private equity firm to increase its scale and pricing power in the market. Leav told the Houston Chronicle that BMC Software would benefit from KKR’s significant operational expertise and financial backing, putting the company in a good position to invest for the future.

Leav left BMC just six months following the close of being acquired by KKR for “a planned career break” after having spent a total of two and a half years as the company’s CEO. Bob Beauchamp filled in for Leav on an interim basis, with Ayman Sayed arriving as a permanent replacement six months later.