CEO Fred Voccola tells CRN how Kaseya is assisting MSPs compromised in the ransomware attack, what the company must do before restoring access to its VSA tool, and why cryptocurrency poses such an immense danger to society. 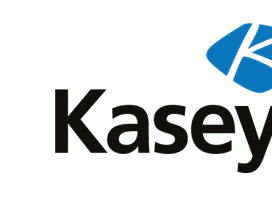 We found there was something funny going on. We didn’t know if it was a breach or hack or whatever, but something funny was going on. Our playbook says, ’If you don’t know what’s happening, don’t allow people to access the capability.’ So we put our SaaS servers on maintenance ... We’re not sure what’s up exactly, but something’s fishy. It might be a minute, and it might not be a minute. We don’t know.

That turned out to be the best decision that we could make. It’s not an easy decision to tell 37,000 customers, ’Hey man, we’re turning you off,’ without having direct evidence of an imminent threat, or something horrifically bad. I’m very grateful that the people who build these processes and make these decisions at Kaseya are as conservative as they are…

The decision wasn’t anyone’s. It’s what our policy is. The experts who wrote our playbook, it was their decision. Like anything else, there was a person [at Kaseya] who had to execute that directive ... This is what they were supposed to do, but they had the courage to go ahead and do it.