HPE Enterprise's Antonio Neri On The Blockbuster SimpliVity Acquisition And The Hyper-Converged Shortcomings Of Nutanix, Cisco And Dell-EMC

HPE Enterprise Group Executive Vice President Antonio Neri sounds off on how the $650 million acquisition of SimpliVity puts the heat on Nutanix, Cisco and Dell EMC. 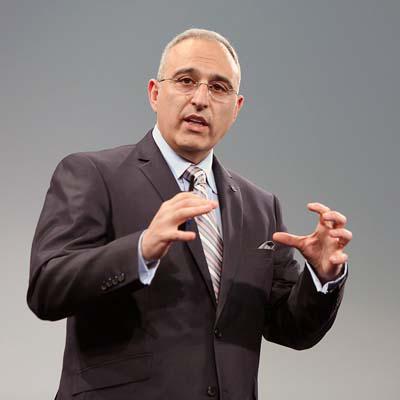 HPE, which is paying $650 million for SimpliVity, plans to use SimpliVity's software as the basis for a full integrated set of software-defined data center offerings, including integration with HPE 3Par and OneView, and even container-based hyper-converged offerings.

The HPE SimpliVity product march will start with an HPE SimpliVity HC 380 appliance within 60 days of the close of the deal, then be followed within six months by additional appliances, including a VMware appliance, a backup and disaster recovery appliance and a Microsoft HyperV appliance.

"This is a phenomenal game-changer," said Neri. " There is a lot of money and margins partners can add here. The simplicity of bringing all of this together is the benefit to our partners. They can sell it as an integrated solution."