From driverless cars to 5G-powered smart cities, CRN puts you on the CES 2018 showfloor.

It's the New Year and in the tech world that means it's time for the annual Consumer Electronics Show. CES 2018 starts next week in Las Vegas but rumors are flying and there's already plenty of tech to gawk at. From driverless cars to 5G-powered smart cities, CRN puts you on the CES 2018 show floor.

CES 2018: The Best Of The Best
New products in IoT, mobility and VR were among the highlights of this year's tech bonanza in Las Vegas.

10 Robots That Wowed Us At CES 2018
CES showed us robots that can do anything and everything like play ping pong, or hand out pamphlets. Here's 10 robots that wowed us at the show this year.

10 Crazy VR And AR Headsets At CES 2018
Headsets offering virtual reality and augmented reality experiences keep getting better, and some of the top devices were showcased at this year's CES.

20 Smart Devices At CES 2018 That Make Your Home Smarter
From robots to connected washing machines, these 20 smart home devices stole the show at CES this year.

5 Cool Tablets Unveiled At CES 2018
CES 2018 featured inventive new tablets from Lenovo, HP and Dell. Here are five devices that stood out on the show floor.

5 Cool New Smartphones We Saw At CES 2018
LG, Samsung and Huawei were among those with new smartphones to show off in Las Vegas.

The 10 Coolest Laptops Unveiled At CES 2018
Laptops focused on productivity and streaming from Dell, Lenovo, HP and Samsung made their debuts at the show.

10 Hot Products For SMBs At CES 2018
Innovative products for SMBs in storage, security and networking are on display at the Las Vegas tech show.

Lights Out At CES: Power Outage Hits World's Biggest Technology Show
The power outage at the central hall in the Las Vegas Convention Center resulted in a flurry of tweets as CES advised attendees to visit exhibitors in the South and North Hall or get outside on this "beautiful Las Vegas day." 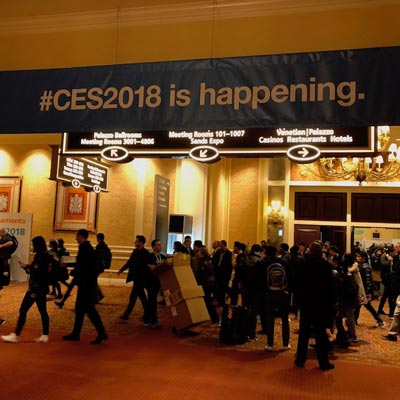 CES 2018: The 10 Most Important Product Announcements
Intel, Samsung and Lenovo have been among the companies with huge product launches at CES 2018 in Las Vegas. 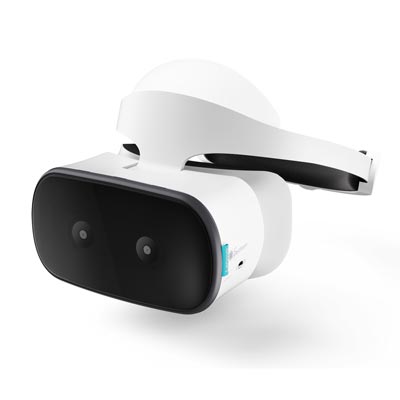 5 Things To Know About Lenovo's Mirage Solo VR Headset
Lenovo is ramping up its efforts around virtual reality with the debut of the Mirage Solo, which is the first stand-alone headset running Google's Daydream VR platform. 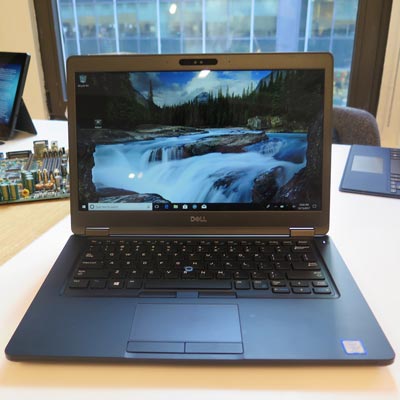 CES 2018: 5 Cool Dell PCs That Just Launched
Dell is using the gadget show to debut new products including the first XPS 15 2-in-1 and a refreshed lineup of Latitude devices.

5 Things We Learned About Intel's Newest NUC, The 'Smallest Premium VR System On The Market'
Intel lifted the curtain on its newest NUC at CES, which features VR capabilities and AMD's Radeon graphics chips.

5 New Nvidia Products At CES 2018 For Gamers And Autonomous Vehicles
Nvidia touts its ability to use the graphics processing unit (GPU) together with a CPU to accelerate AI, machine learning, video display and many other advanced applications at CES 2018.

Intel Lifts Curtain On 8th-Gen Core Enthusiast Processor With AMD Graphics
Intel at CES lifted the curtain on its long-awaited 8th generation Core processor that appeals to enthusiasts with graphics technology from AMD.

New versions of the X1 Carbon and X1 Yoga are among Lenovo's product debuts to kick off the new year, along with the company's first Windows device to feature a Qualcomm Snapdragon processor. 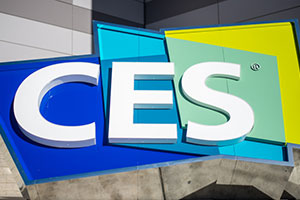 The 10 Biggest Product Rumors Heading Into CES 2018
With CES 2018 right around the corner, CRN looks at some of the biggest products that will reportedly be launched at the show. 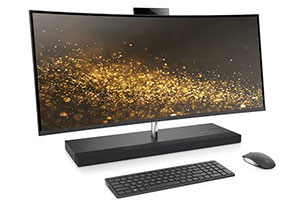 CES Rewind: A Look At 20 Hot Products From CES 2017
Top products in areas such as smart home, robotics, and PC made their debut one year ago at CES. How did things turn out for them?