"If you’re a partner of Amazon and/or a partner of VMware, we want you to become a partner for Outposts. We've already taken steps with our team and Terry Wise at Amazon to have a better channel partner coherence between our program and their program," said VMware CEO Pat Gelsinger in an exclusive interview with CRN.

Pat Gelsinger is bullish about VMware's future alongside Amazon Web Services with new joint solutions like VMware Cloud on AWS Outposts set to hit the market next year.

"We are going to do a lot more together with Amazon in the network and security area. It's something that both companies are seeing great value in as we build a hybrid world together," said Gelsinger in an interview with CRN on Thursday. "If you're a partner of Amazon and/or a partner of VMware, we want you to become a partner for Outposts."

Gelsinger, who took the highest spot in CRN's Top 100 Executives of 2018 list, also said he has his sights set on disrupting the "ugly, complicated" security market in 2019 and is excited about Dell Technologies going public.

In an exclusive interview with CRN, Gelsinger talks about his vision for VMware and Amazon, Dell integrations ahead and his next big charity adventure. "If it's not immoral or illegal and it helps our community and our business, chances are, I'm willing to do it," he said. How far do you plan on taking this Amazon partnership? Are there any new joint solutions planned for 2019?

We're working on our partnership constantly. Chapter one was VMware Cloud on AWS. Chapter two was bringing Amazon's RDS and other services like AWS Lambda onto VMware on-premise. Chapter three is Outposts. We expect to do chapter four, five, six and seven together as well. We have work underway. We're not finished writing chapter one or chapter two yet, but we fully expect there's going to be many more chapters to this partnership in the future. One example would be, remember Outposts includes NSX for VMware Cloud variant as well as the EC2 variant, so we are going to do a lot more together with Amazon in the network and security area. It's something that both companies are seeing great value in as we build a hybrid world together. Another example that we're just getting started in is the Lambda stuff, it is sort of a first step to having a much more coherent view of next-generation applications. So how do people do hybrid development in the future. Given our Kubernetes acquisition of Heptio – what Amazon is already doing there – that will be another area we think there's a lot more to bring forward together. How can VMware channel partners make money with AWS Outposts?

Just to be very straightforward, we haven't figured all those things out yet. We just announced the offering. We have engineers and product managers scurrying away at building it with our Amazon friends. We had a very positive response from the announcement. The simple view of the channel is, if you’re a partner of Amazon and/or a partner of VMware, we want you to become a partner for Outposts. At the highest level, we'll continue to build out our respected channel programs. We've already taken steps with our team and Terry Wise at Amazon to have a better channel partner coherence between our program and their program. So those things are well underway. We expect Outposts will fit into that nicely. How much more work needs to be done on AWS Outposts before it's rolled out?

To be honest, we have a lot of work to do to get the offering finished and how specifically the channel programs will work for it as well. Everything that we are doing, we now can point to tens of channel partners who are joint partners of our VMware Cloud and AWS offerings. We will absolutely bring Outposts right in the middle of everything we're already doing. … We're working on getting our AWS partnership to scale and delivering the next phase of that with Outposts. Pieces of our networking components are going to be central to every Outposts offering.

With customers now able to move their cloud extension to on-premise, how does VMware not lose mindshare as cloud becomes a localized, on-premise solution?

The way we think about that is, 'How do we make our technology central to how this hybrid cloud, multi-cloud world emerges?' We look at things like Project Dimension, where we're taking the VMware Cloud on AWS and moving it into Outposts and VxRail, as well as taking it to the edge, so we have a common compute environment across those dimensions. That's an area where we think there's tremendous value. Nobody is participating at the level that we are in things like NSX and hybrid cloud extension and VeloCloud. That's where these networking aspects are super powerful, but they want a common management environment across those – that's where many of our vRealize and CloudHealth [acquisition] investments come in. We are gaining momentum on being that multi-cloud management plane from the data center to the cloud and to the edge. Who is in a better position to network and manage across every aspect of that? Dell said it will accelerate VMware integrations next year to an all-time high as a public company. Is that the plan?

To me, there's always two sides to that coin. On one side, the things we have underway with Dell – VxRail, the integration of WorkSpace ONE to their client offerings, the new capital structure' – means that we're more capital aligned with them and their motivations to drive the VMware solutions goes up. Simple math -- they go from economic ownership [of VMware] in the 30's [percent range] to economic ownership to the upper 60's. Whatever enthusiasm they had for the VMware solution before, it's like two-times that on the other side of the transaction. We see that in a very positive way.

At the same time, we have an independent ecosystem and we are super committed to the ongoing success of that. The Amazon partnership, you know, Amazon doesn't help Dell. At the same time, as I think about my key partnership momentum this last year with Dell, Amazon, IBM – the big three – we're going to make Amazon and IBM super successful as we partner with them as well. It's really both sides of that coin that we have to manage in a disciplined and very effective way on both sides. 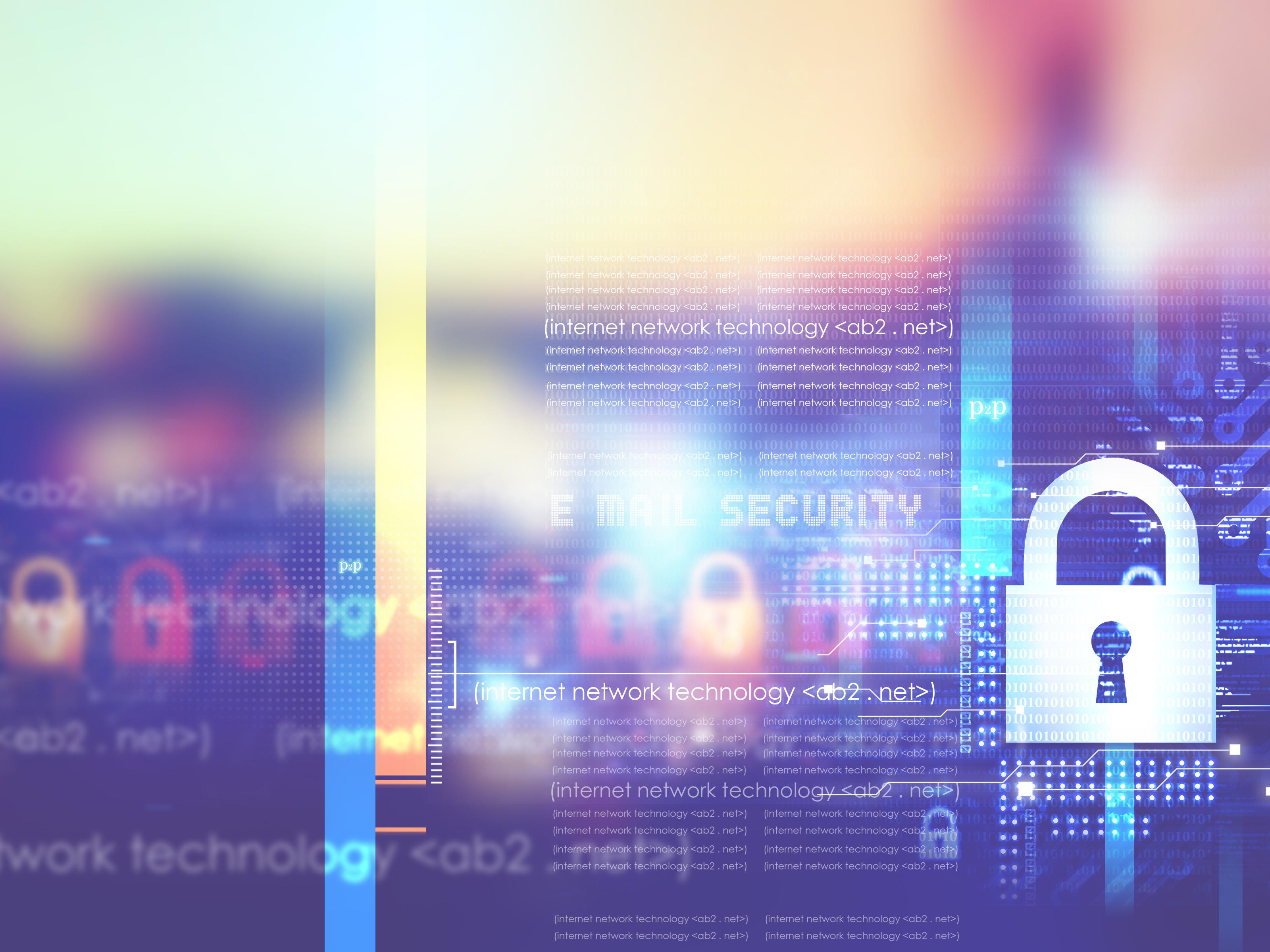 You said you want to disrupt the security market. What's the plan for 2019?

Security is this ugly, complicated industry that needs to be fixed. You have way too many products, way too many vendors, far too much complexity and not enough security. Simply put, security spend is increasing as the fastest portion of the IT industry, but the number of costly breaches is increasing faster. I consider this insanity on the fact that I'm spending more and I'm losing more – that's broken. Our overall strategy, not just with NSX, is to embed security into the infrastructure. Make it intrinsic. Make it’s such that you have to turn it off, not turn it on. So it's already pre-tested, pre-validated and every time we do a patch, it gets patched. Every time we do an upgrade, it gets upgraded. It has to become this resilient, secure infrastructure. We're doing that with AppDefense with vSphere. We're doing that with Workspace ONE. We're doing that with vSAN and encryption.

The number of security products that VMware uses to secure ourselves has gone from over 70 to now we're below 35. We're on a trajectory to get that down into the 20s. We've taken products out as we simplify our environment. So less products, more security. That's the path we want to take all of our customers on in the future.

What is NSX role in your security strategy?

NSX is really the glue that holds everything together. When AppDefense detects something, it can inform NSX that can then take action in the network, lower priorities, move you to a different micro segmentation layer, then can connect and communicate to end points that are on it. We do see it as the central nervous systems. We're going to be building more on the policy layer, enhancing the firewall and load balancing capabilities, integrating it more deeply to VeloCloud so we have that complete WAN connectivity. We are also integrating security more deeply into the container environment – like what we're doing with [Pivotal Container Service], really extending the security profiles into the container layer and having it be more deeply integrated to the native cloud environments as well. From an NSX perspective, it won't matter if your running AWS native, Azure native, VMware Cloud – you'll have that benefit of a common overlay microsegment, east-west firewall and consistent policy across everything connected to it. That's the vision that we're pursuing. What's your advice to your channel community to prepare for 2019?

Make the cloud transition. We've been talking about it for a number of years. This is the year where that becomes a very large portion of our business. We're super grateful for our channel partners and the journey they've been on with us. My three priorities for 2019 are cloud, networking and containers. We believe that in 2019 we're shifting the business model and embracing the subscription change, continuing to build what we're doing in networking and really now embracing this move to containers, Kubernetes – those are the big three for us. I ask all of our channel partners to join us on that journey. I can't say I have a path for the next 20 years, but I'm pretty far along on my five-year plan. You climbed Mt. Kilimanjaro to raise money to build high schools in Kenya. Do you have any big charity plans in 2019?

I'm looking at a couple of different things I might do. I have a friend that wants to do Mt. Aconcagua – the tallest mountain in South America – as a fundraiser for the charity in Africa. The other one, my son had Hodgkin's lymphoma, so we did a big bike ride for the Leukemia & Lymphoma Society charity. One of those two will work out for 2019. I'll get a number of VMware folks to join me. It's part of who VMware is and part of who I am as well. Our corporate value and me as a person, we're incredibly focused on the charitable benefits that we can bring to humanity. We sit and work in one of the most beautiful areas on planet Earth, the richest area on the planet is here in the Bay Area. We've been given extraordinary influence and potential. … Our responsibility, not just opportunity, but the responsibility that we have to be this power of shaping technology for a force for good is in everything that we do. As we talk to our customers, partners and employees about that, it resonates deeply.

Any plans to travel to Mars in the future to raise money for charity?

As I tell my team, I have very simple guardrails. If it's not immoral or illegal, and it helps our community and our business, chances are, I'm willing to do it. Whether that's climbing mountains, riding bikes, getting tattoos or other debasements of my body – I'm in. If it's not illegal or immoral, I'll have a discussion about it.