CRN breaks down the 10 most important Dell Technologies news stories of 2020 so far --from new storage innovation to Dell’s response to the coronavirus pandemic.

The coronavirus pandemic hasn’t slowed down the constant news coming from Dell Technologies so far in 2020. Whether it be new product innovations or COVID-19 relief offerings, the $91 billion Round Rock, Texas-based infrastructure giant has remained steady throughout the year.

With bullish growth plans ahead, the 160,000-employee-strong company continues to defy the odds in a software-driven, multi cloud-oriented world. Dell’s stock has already rebounded to pre-coronavirus pandemic levels, while the company’s PC, storage and software innovation pace is arguably at an all-time high.

Here are 10 of the most important Dell news stories of 2020 so far that you need to know about.

﻿For more of the biggest startups, products and news stories of 2020, click here. After more than 35 years in the IT world, Dell Technologies Chairman and CEO Michael Dell (pictured) told CRN that he’s never seen anything that has had more of an impact on the industry as the coronavirus pandemic. “There’s been nothing really like this,” said Dell in March. “Customers and partners need us more than ever.”

To deal with the financial uncertainties stemming from the pandemic, Dell Technologies temporarily halted pay raises for its roughly 160,000 employees for the remainder of its fiscal year, which ends Jan. 29, 2021. The company also stopped contributions to 401(k) retirement plans and halted hiring on a companywide basis.

However, the pandemic has not had a major impact on Dell’s overall revenue. For its first fiscal quarter 2021, which ended May 1, Dell revenue reached $21.9 billion, representing flat growth year over year.

The company donated $3 million to fund front-line organizations fighting the pandemic. The Michael & Susan Dell Foundation donated $100 million to help small businesses and health-care workers as well as find treatments for COVID-19. In addition, Michael Dell decided to forgo all of his roughly $1 million base salary due to the “disruption” caused by the coronavirus pandemic. Dell EMC’s highly popular Isilon product line is being phased out with the company’s new PowerScale storage line, which opens the door for channel partners to attack the edge unlike ever before through new software and public cloud integrations.

PowerScale’s new DataIQ software breaks down data silos by delivering a single view of file and object data across Dell, third-party and public cloud storage environments. DataIQ allows customers and partners to tag, track, analyze and report on unstructured data—which is typically uncategorized and found in silos—along with the ability to intelligently move data to where it’s needed. 8. Still The King Of Storage, Servers And Hyperconverged

2020 marked yet another year that Dell Technologies continues to lead the storage, server and hyperconverged infrastructure market on a global basis. Although with constant pressure from its main competitor Hewlett Packard Enterprise, Dell increased its worldwide market share against HPE in storage and servers in the first quarter of 2020, according to data from research firm IDC.

Dell extended its massive hyperconverged market-share gap between itself and all competitors, winning one-third of the global hyperconverged infrastructure market.

On the storage front, Dell captured 33 percent market share in the first quarter of 2020 by generating $2.16 billion in storage revenue. In terms of global server share, Dell won 18.7 percent of the market in the first quarter with $3.47 billion in server revenue. The company also sold the most servers out of any company worldwide by shipping more than 474,000 units in the quarter. 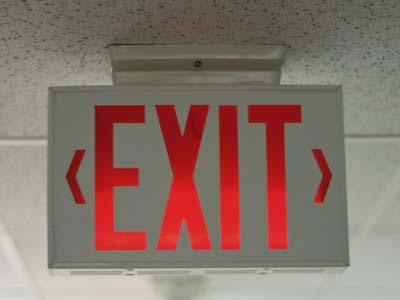 Rory Read, president of Dell’s Virtustream business and chief operating executive at Dell Technologies, is heading for the door to become the new CEO of Vonage. Read played a major role in the blockbuster $67 billion merger of Dell and EMC in 2016 as chief executive vice president and chief integration officer.

Other major departures for Dell so far this year include longtime Dell EMC veteran Michael Vedda, former vice president of sales for the Americas for Dell’s Data Protection Solution business; as well as Dell’s former senior vice president of Commercial Data Center Sales John Hanlon, who first joined EMC in 2000. Dell Technologies President and Chief Commercial Officer Marius Haas (who will be discussed later in this list) left in February. Dell surpassed former frontrunner HP Inc. in terms of U.S. PC shipments during the first quarter of 2020 as the coronavirus significantly increased demands for work-from-home devices, according to research firm Gartner.

Dell PC innovation engine has been roaring this year and included the introduction of its new XPS 13, redesigned to provide smaller bezels as well as offering 10th-generation Intel Core processors for enhanced performance and longer battery life. Dell’s new Latitude 9510 notebook is a 5G-ready design with built-in artificial intelligence and advanced connectivity with support for Wi-Fi 6 and high-speed 5G mobile broadband. Although Dell is still the worldwide market-share leader in servers, the company’s overall server and networking sales continue to fall in 2020.

Dell reported a 10 percent drop in server and networking sales to $3.8 billion in its first fiscal quarter 2020. For its fourth fiscal quarter 2020, which ended Jan. 31, the company generated $4.3 billion in server and networking revenue, down 19 percent year over year. Much of the cause for server revenue declines was attributed to a major drop in China sales due to U.S.-China trade tensions, slower spending within the enterprise in the U.S., and financial uncertainty stemming from the coronavirus. Dell’s new PowerScale storage line is just one example of Dell stepping up its public cloud partnership game to better help customers create a hybrid, multi-cloud environment. PowerScale can directly connect to AWS, Google Cloud and Microsoft Azure along with new access to Amazon S3, while its OneFS operating system is natively available through Google Cloud.

In May, Dell teamed with Google Cloud on its Dell Technologies Cloud to help customers simplify management of private and public cloud storage. Earlier this year, Dell launched Cloud Storage Services with Microsoft Azure to create a lower-latency connection to the Azure cloud that can be consumed as a service.

VMware, which is majority-owned by Dell Technologies, has also been doubling down on technology partnerships, including the unveiling of the Google Cloud VMware Engine, an integrated offering for customers to extend, migrate and run their VMware environments in Google Cloud. 3. Dell Doubles Down On Partners To Help Customers Combat Coronavirus

“The partners are the bridge to their customers, providing technology that powers hospitals, research centers, technology that improves ventilator efficiency and is helping schools and governments get through this,” said Mullen. “This is a time when partners really shine.” After much anticipation and delays, Dell launched its new midrange all-flash storage PowerStore platform in May. PowerStore is a scale-up, scale-out container-based architecture built from the ground up with technology that addresses the challenges of an ever-increasing number of workloads.

With built-in machine learning and automation, PowerStore is a programmable infrastructure that aims to streamline application development and reduce deployment time from days to seconds with VMware integration and support for orchestration frameworks including Ansible, VMware vRealize Orchestrator and Kubernetes. Dell’s new container-based software architecture, PowerStoreOS, allows for deployment flexibility by enabling feature portability, standardization and rapid time-to-market for new capabilities. Customers can run PowerStoreOS directly on the platform or within a virtual machine (VM) running on PowerStore’s embedded VMware hypervisor.

“The amount of time, energy and resources we have to build this platform, including VMware, there’s no one else in the industry that can ever attempt to touch this,” said Caitlin Gordon, vice president of product marketing for Dell Technologies, told CRN. “Even looking into the future where we know we can go with PowerStore and what our competitors have today—and even what they could build if they tried to compete—this is untouchable and really exciting for us.” In February, Bill Scannell (pictured) took the reins as Dell Technologies’ new leader of global sales and customer operations. Dell unified its enterprise and commercial sales organizations for the first time under the same roof this year, putting the 34-year Dell EMC veteran Scannell to oversee it.

As Dell unified its organizations this year, President and Chief Commercial Officer Masius Haas retired after establishing Dell, EMC and VMware as a combined channel and technology powerhouse. Haas was critical in driving the company’s storage charge in recent years, with Michael Dell saying, “Marius’ contributions to Dell Technologies will far outlast his seven years he has been with the company.”

However, Scannell has bold plans to win over market share from competitors, leading with the company’s revamped Power brand portfolio via channel partners.

“The opportunity for us to expand our storage market-share [percentage] from the low 30s to the low 40s to the low 50s is there. Likewise, in hyperconverged—we were a little late to the market—but we quickly became the market leader there. … We have less than 30 percent server share. I believe as a market leader, we should have over 50 percent market share,” Scannell told CRN in March. “The sky is the limit.”